Middle School - The Worst Years of My Life eBook 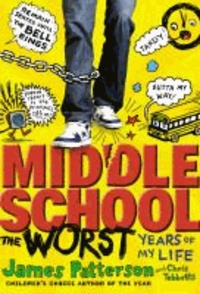 Carl (also called "Bear") is a supporting antagonist in the 2016 live action film, Middle School: The Worst Years of My Life. He was the boyfriend and fiancé of Jules Khatchadorian and another one of Rafe's biggest enemies. He was portrayed by Rob Riggle who also portrayed Mr. Walters, Aloysius O'Hare, Bela, and Mr. Dickers and Captain Lippencott and his twin brother Travis

Following the bestselling success of the hilarious Middle School, The Worst Years of My Life, James Patterson continues to dish out the funnies in another highly-illustrated, heartfelt middle school story. (Includes more than 175 black-and-white illustrations.)

One Day in France - Tragedy and Betrayal in an Occupied Village.pdf